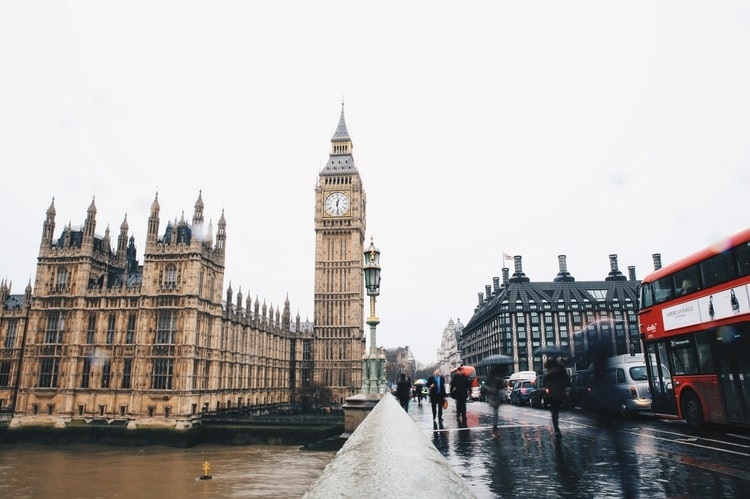 The United Kingdom’s vote on June 23rd 2016 on whether to leave the European Union, better known as Brexit, has been discussed on and off for over three years now and its potential consequences have been bitterly debated since then.  There have been multiple delays since the vote in 2016, but more recently, it appears that they may have finally begun to wind down negotiations with the European Union (not to mention the in-fighting in Parliament).  The debate and disagreement between the UK and continental Europe may seem like a relatively new issue, but the truth is that this feud has been practically ongoing for decades.

Going back to 1957, a treaty was signed called The Treaty of Rome.  This document created the European Economic Community, or the EEC (1).  After the early 20th century, Europe has been through two horrific wars, and as a way to bolster western European commonality, it was thought that countries that eased trading between each other would create an environment of more peace and prosperity.  The United Kingdom did not join initially, however after a few years of the EEC being established, the UK wanted in and applied to become part the organization in 1963.  The French President at the time, Charles de Gaulle, actually vetoed the United Kingdom’s bid to enter the EEC.  de Gaulle always thought of the UK as siding more with the American’s and reasoned that the UK, “…didn’t play the game of Europe (1).”  Within a few years after the veto though, the UK entered the EEC.

The happy times in the European Economic Community were short lived as a few years after they joined, they were on the precipice of backing out altogether.  That ended up not formulating, but one can see the relationship between the UK and the European community had its cracks forming from a very early stage.

Then in 1993, the European Union was officially formed by the signing of the Maastricht Treaty and formed the Union that we know today.  Almost every nation adopted the Euro as their official currency, but the big player that stuck to their currency was the UK as they kept the British Pound.

A funny side note as to the crazy bureaucracy that went with the European Union was in 2000, a feud between United Kingdom and Brussels (the Belgian city that is the EU capital) was settled.  That feud was about chocolate.  Spain, Belgium, France, Italy were against the importation of British chocolate because, they argued, that it should only be made by coca butter, and not vegetable oil (1).  I bring this point up as an example to demonstrate how restrictive and much red tape is involved in conforming to the EU’s standards; in other words, even if you’re in the Union, the amount of rules and regulations that have to be adhered to (and some as silly as the importation of chocolate) can get tiresome to say the least and actually limit free trade and economic growth.

David Cameron, the Prime Minister before Boris Johnson and Theresa May, wanted to renegotiate the United Kingdom’s membership if he and his political party won in the upcoming election.  That ended up happening, and a few years after his party won the election, the referendum was put to a vote.

The markets were in freefall after the voting became clear that pro-Brexit was going to win.  No one really knew, or still knows, what the real impacts will be once the UK finally leaves the EU as the rubber hasn’t met the road just yet.  However, as I was conducting my research for this blog, one of the great pieces that I stumbled across came from RAND Corporation, a non-profit American think-tank.  In their article titled, “Examining Economic Outcomes After Brexit” they went into multiple scenarios that are most likely to happen, and the ramifications that will be realized as a result.

The worst-case scenario for the UK, through their research, would be if the United Kingdom left the EU with no deal in place (a hard Brexit) and solely relied on the World Trade Organization’s rules.  The reason behind that in their eyes is that this method would significantly damage the UK’s ability to sell services to the countries that make up the European Union.  The service sector includes financial companies, which would be horrific because the financial sector of the UK economy accounts for an astonishing 80% of their GDP (2).  This is something Ben Bernanke, the former US Federal Reserve Chairman and now a fellow for the Brookings Institute, also pointed out shortly after the vote in 2016.  He said, “Financial services and other globally oriented industries, which depend on unfettered access to European markets and exchanges, will come under pressure (3).”

Best case scenario that RAND found would be a United States/United Kingdom/European Union free trade agreement.  This system would give the UK their desired independence while also giving them access to compete in the US and EU marketplaces (2).  In fact, their findings estimate that this system would be slightly better than what they have in place currently with the European Union.  Objectively speaking, is this scenario the most likely outcome?  Highly doubtful, especially in the current state of affairs although we could see something like this in the future after the dust settles from Brexit.

What’s most likely to happen?  Who knows.  The amount of times this has been delayed is astonishing; Brexit has been delayed yet again as the October 31st deadline was extended.  As I am writing this, the in-fighting in Parliament is crazy.  If you have a few minutes, go on YouTube to see the debates in Parliament; it looks somewhat similar to the in-fighting we have here in the States.

The finalization of Brexit will probably be somewhere in the middle.  It won’t be as rosy as the US/UK/EU agreement, but I don’t think it will be so gloomy like the adoption of the WTO rules.  I’m sure it will hurt the UK economy in some facet, but how much will it hurt?  I think we’ll have to employ and wait and see type mentality.

Going beyond the UK, I personally find the dynamic that is within the European Union interesting.  Go on the internet and look at a map of all the countries that are under the EU umbrella; its astonishing that it works as well as it has been.  Think of all the differences in each individual country.  Take Finland for example:  think of Finland’s own national objectives, culture, history, prosperity, government, handling of monetary issues, etc.  Those differences seem quite different from Spain, Denmark, Slovakia, etc.  Not only that, but add on Brussels’s increased control, power, and regulations that EU countries must adhere to.  To me (a free market economy guy), that seems like a lot to deal with, and the differences can make for messy situations.  We saw an example of that during the crisis in Greece that took place a few years ago.  Their monetary issues affected the EU as a whole, even though other countries were doing much better at the time (i.e. UK & Germany).  I see the point of having an EU-esque agreement, but from an outsider’s perspective, it seems that the differences in objectives that individual countries have trump the commonality the EU is trying to accomplish.  Brexit has put in place an interesting dynamic because you now hear grumblings of other countries entertaining the idea of leaving the European Union.  Italeave, or the phrase now used the Italy’s succession, is becoming more front and center.  Frexit (the exit of France) is also something talked about in their 2017 election.

The EU is in a very difficult spot because if they are too soft on the UK, that will prompt other countries wanting out, but an agreement too harsh on the UK highlights the authoritarian nature that pro-Brexit people are accusing them of.  It will certainly be interesting to watch how this plays out, and its inevitable impacts on the global economy as well.

This material represents an assessment of the market environment at a specific point in time and is not intended to be a forecast of future events, or a guarantee of future results.  It is meant for educational purposes only.  It should not be considered investment advice, nor does it constitute a recommendation to take a particular course of action. Please consult with a financial professional regarding your personal situation prior to making any financial related decisions. (11/19)